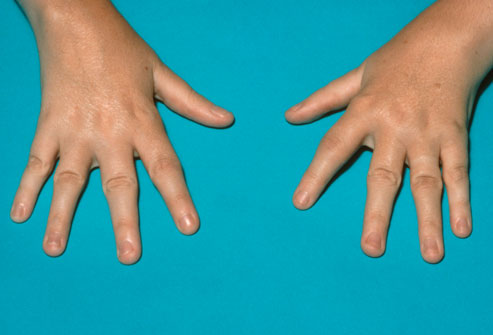 The disease Amavata is compared to Rheumatoid Arthritis. There is similarity in signs and symptoms of both diseases. Aama Vata is found in All the four Vedas. Aacharya Madhava was the first Physician who described the Disease Aama Vata. It really seems to be simple disease but on the other hand its prognosis is not so good. The concept of Ama is totally unique in Ayurvedic science and this Ama is produced by the undigested food and it is the main cause of the various disorders.

Amavata is disease of Rasavaha strotasa. It is caused due to Agnidushti, Formation of Aama leading to Sandhi vikruti (Joint deformity). The People are unaware about disease and its complications thus leading to lifelong joint deformities. Many Ayurvedic preparations and herbs are mentioned in the classics which are proved to be effective remedy in Amavata.

Changing lifestyle of human being or Modernization has created several disharmonies in biological system because of globalization, busy professional and social life, dietary habits have changed to a big extent which disturbs the normal metabolism and produce several toxins referred to as “Ama” in Ayurveda.

People first take steroids for a long period of time which give relief for some time but after that causing many side effects like Acne, blurred vision, Cataracts or glaucoma, difficulty in sleeping, High Bp etc.  then they approach to Ayurveda and still getting positive results without any side effects. Instead of this if they would have approach firstly to Ayurveda there would be no complication and disease would have been treated at early stage with minimal amount of medication and promising results.

It is very difficult to elicit the very exact cause of Aamavata.

When we see according to modern science  also stated that the exact etiopathogenesis of Rheumatoid Arthritis is not known.

2) Sandhi shoola – Pain in the joints

3) Gatra stabdhata – Stiffness in the body

Other joints that are involved in Chronic Rheumatoid Arthritis Joint Deformity –

3) Z deformity in the thumb.

4) Volar subluxation along with ulnar deviation occurs at metacarpophalangeal joint.

5) Bilateral flexion contractures of the elbow.

6) Synovitis at wrist can cause carpel tunnel syndrome.

Treatment and Management of Rheumatoid Arthritis

When disease becomes chronic and the patient develops deformity in the joints such as Sandhisankoch (Joint stiffness) , Akarmanyata (Limited movements) etc. cannot be corrected with medicines alone.

Our Medication is given below-