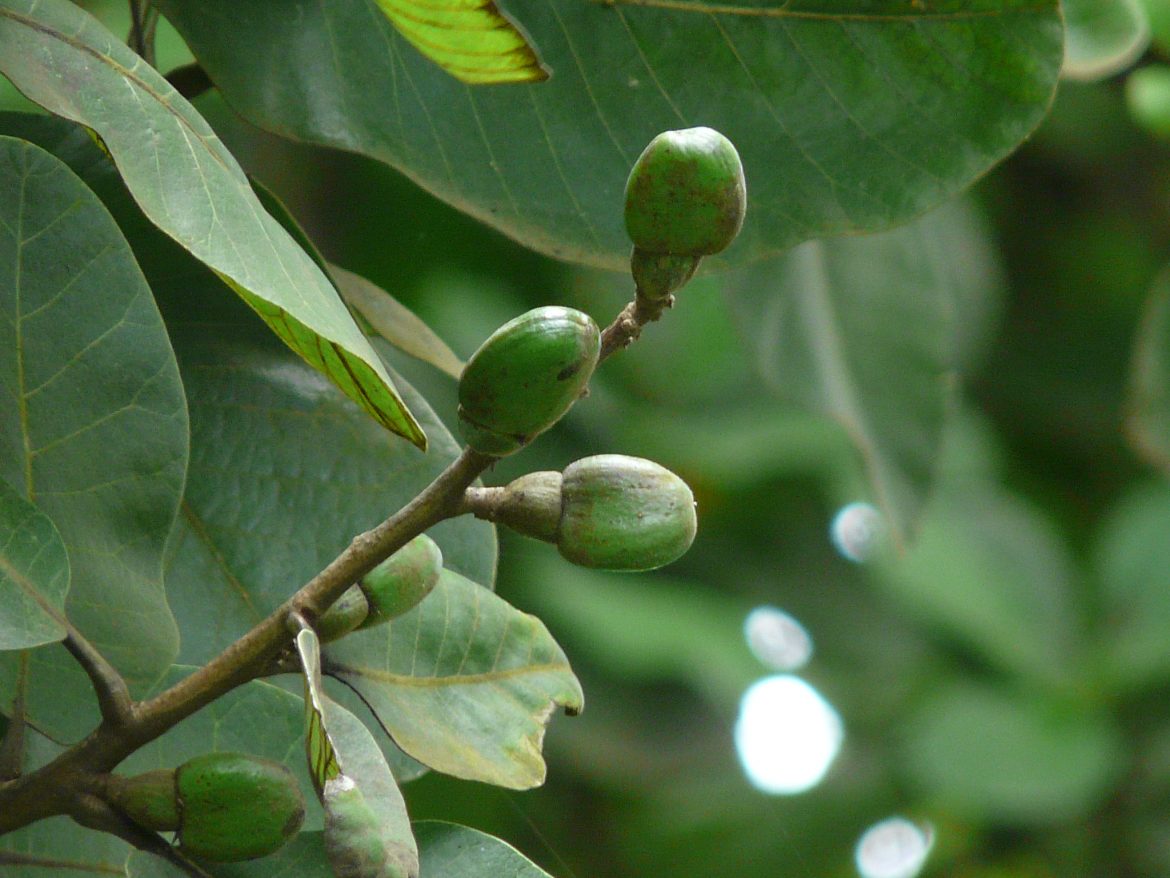 Semecarpus anacardium was called the “marking nut” by Europeans because it was used by washermen to mark cloth and clothing before washing, as it imparted a water insoluble mark to the cloth.[citation needed]

It is a deciduous tree. Like the closely related cashew, the fruit is composed of two parts, a reddish-orange acessorsory fruit and a black drupe that grows at the end. The nut is about 25 millimetres long, ovoid and smooth lustrous black. The accessory fruit is edible and sweet when ripe, but the black fruit is toxic and produces a severe allergic reaction if it is consumed or its resin comes in contact with the skin. The seed inside the black fruit, known as godambi (गोडंबी), is edible when properly prepared.

By consuming this nectar Bhallatak Rasayan, the patient is destructive, strong like lions, strong senses and intelligent. By its use, the body becomes as bright as gold. The shaking teeth are strong. Ripe hair turns black again like mascara. When the skin is dead, it becomes strong. Old man also becomes Tarun Sadrash and lives for a hundred years.

Amrit Bhallatak Avaleh Vatarog (suffering from pain in any part of the body or pain in the whole body), breathing disease, skin diseases, suffering from diseases of leprosy, piles and diseases like phirang-pooameh and in phlegm and gout are given. If there is zero leprosy, pricking the needle or meditating with fire also does not affect grief. On the wrong leprosy, the mouth looks bizarre. The nose, ears, and throat worsen when someone gets sick and someone gets worms in the body. In all the stages of this disease, this nectar is given to prevent disease and increase strength. The disease is eradicated after taking 1-2 months of diet.