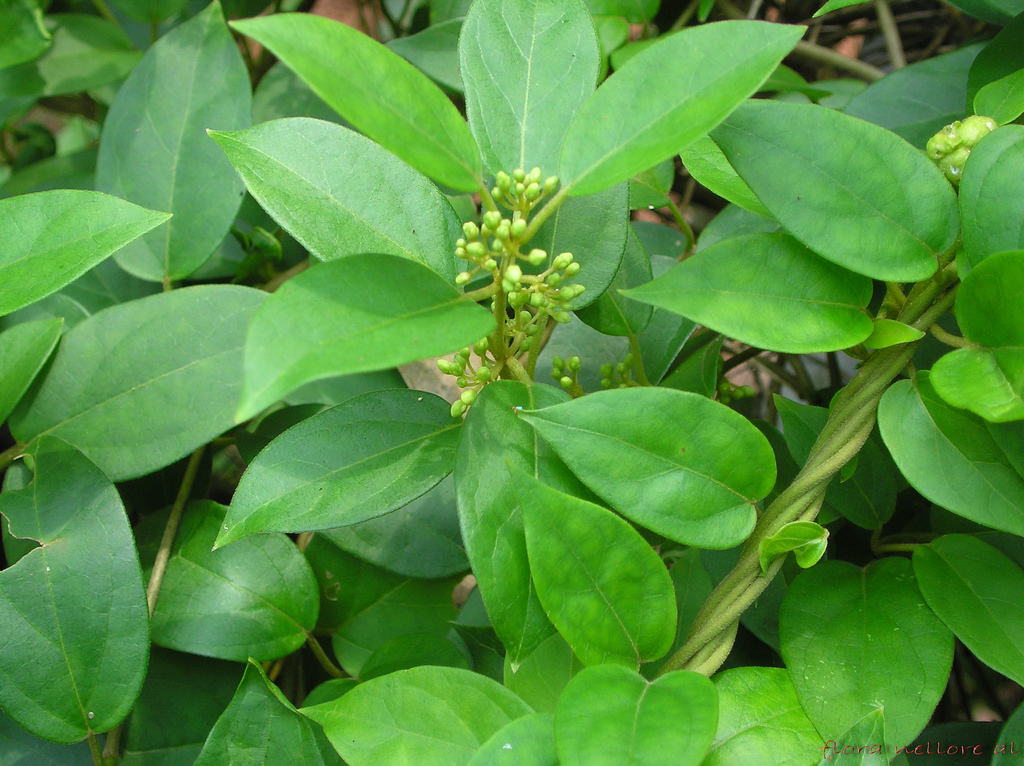 Gudmar Benefits in Hindi Gymnema Sylvestre which we know as Gudmar. Gudmar has immense benefits as it is an Ayurvedic medicinal tree. Which has been used in large quantities in Ayurveda for the treatment of diabetes for centuries. This herb is found in tropical forests. Gymnasium sylvester or Gudmar is used to cure many diseases like urinary tract, obesity, metabolism, cough, breathing problem, eye problem, ulcer, stomach pain.

The leaves of the Gudmar tree are used for medicinal purposes. Chewing its fresh leaves makes you temporarily not experience sweet taste for some time. This effect is due to direct contact with the active substances present in the leaves. This herb is known as Madhunashini or Gurmara or Gudra, all these words literally mean that it destroys sugar. Apart from sugar, this herb is also used in the treatment of other diseases.

These Ayurvedic medicinal trees are very large in size and their branches are thin and coarse. Its leaves are small, flat and its stalk is 0.6 to 1.2 cm. Occur. Their leaves are oval in shape. Its flowers are yellow. Its seeds are yellow and brown in color.

Gymnema Sylvester (Gudmar) has many health benefits. Gudmar is being used as a medicine in India for many years. In particular, they are known to suppress sweet taste. Gudmar is believed to have anti-allergic, antiviral and lipid lowering properties. Gudmar also helps people suffering from diabetes. In this article you will learn how Gudmar is beneficial for us.

Gudmar is the home remedy for sugar

This ayurvedic plant has some anti-atherosclerotic actions. Which help us to get many important health benefits. Gudmar has hypoglycemic action which means that it helps in reducing the level of blood sugar in the human body. Gudmar is very useful for those people who have diabetes. Gudmar also helps in reducing the amount of lipids in your blood stream.

Gudmar is also very useful for the treatment of type 2 diabetes. Diabetes mellitus type 2 is usually a metabolic disorder characterized by high blood glucose due to insulin deficiency and is often caused by lifestyle and genetic combinations. Gudmar leaves have properties that help reduce sugar intake and are effective in controlling hyperglycemia in type 2 diabetes patients.

Use of Gudmar to prevent aging

Gurmara helps immensely in preventing your aging. It also helps protect the osmotic lens from damage. It also has some antioxidant properties which are very beneficial for our health. In addition, Gudmar help improve the effects of colitis. When molasses is consumed as an antioxidant, it can lower the blood glucose and lipid peroxidation levels due to the diagnosis of diabetes mellitus, which is usually the cause of aging.

Good amount of antibacterial properties are found in the leaves of gurmar which are used in the treatment of skin disorders and infections. It is known as a natural remedy for leucoderma in the skin. Gudmar plant is often used in skin cosmetics.

Benefits of Gurmara for liver

The liver is on the right side of the stomach which is a large meaty organ. It weighs about 3 pounds and is red or brown in color which when touched can feel like rubber. But you cannot touch it because it is between the ribs inside your body.

More than 20 percent of adult people in India suffer from high blood pressure or what you know as Hypertension. High blood pressure is a condition that can cause stroke, heart attack, coronary heart disease, heart failure, kidney failure and other serious diseases.

In such situations, blood pressure should be given special attention as it affects many people. Gymnasic acid in Gudmar is a protein present in the human body angiotensin ll (angiotensin II) which is responsible for increasing blood pressure, helps to inhibit its activity and helps in reducing high blood pressure.

Use of Gudmar as a natural anti-inflammatory

Gudmar trees are found in Indian tropical forests, whose leaves are used in the manufacture of Ayurvedic medicines. They have anti-inflammatory properties that protect the body from harmful particles and help to protect our body. It is used in the treatment of asthma, eye troubles, osteoporosis, hypercholesterolemia, cardiopathy (heart diseases), constipation, microbial infection, indigestion etc.

If you feel that your weight is increasing then you can use Gudmar to control it.

Cells in diabetes type 1 disease do not produce insulin in the pancreas, thus increasing the level of glucose in the blood and urine as sugar cannot be absorbed by the body. It also affects the metabolism of fats and proteins and increases the risk of other vascular diseases.

Gudmar has antioxidant properties, which usually generate islets of Langerhans. It also increases the membrane permeability of cells perfused with insulin. Consumption of leaves of gudmar cures diseases of insulin dependent diabetes mellitus. And its potential use in the treatment of type 1 helps prevent and treat it.

Gudmar leaf tea can also be used, like herbal teas made by Ayurvedic herbs. It is clear that you can suppress the taste of sugar by consuming gurmar tea.

To make a cup of tea, put gurmar leaves in a tea pot and add warm water to it. You can also add other teas such as herbal tea or green tea etc. which help in reducing your weight. A cup of this tea is good to eat before meals. Especially when you eat something sweet, you should definitely consume this tea.

Cholesterol is a waxy substance made by the liver in the body but is also found in some foods. It plays an important role for every cells and also helps in making vitamin D, some hormones and bile for digestion. However, having too much cholesterol in the blood can increase the risk of heart and circulatory diseases.

Gudmar has some antioxidant properties that protect against harmful cholesterol and the absorption of triglycerides in the intestine and reduce the level of cholesterol. Gudmar’s antiatherosclerotic potential is used to reduce blockage by cholesterol in heart arteries.

It is very beneficial for adults if they consume gurmar in safe quantity. But if it is consumed in more quantity than needed, then it can also have some disadvantages.