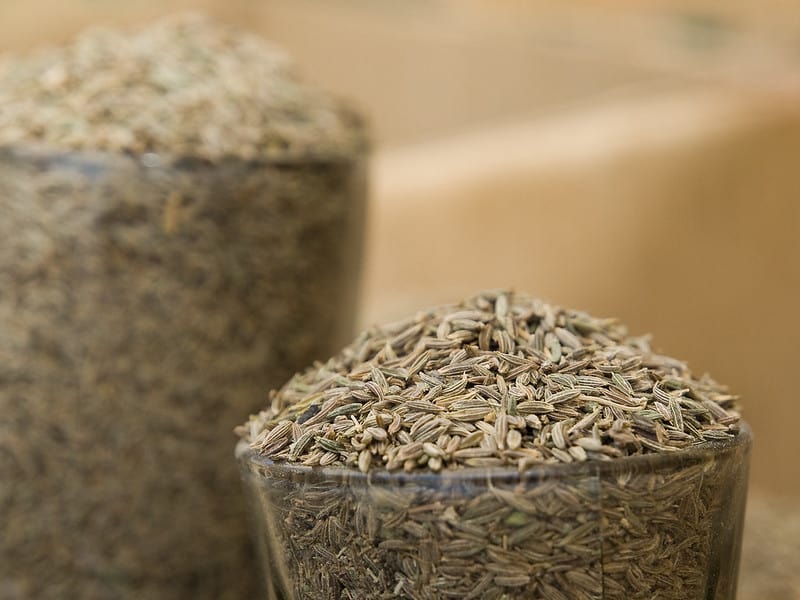 If you eat vegetable, then you must know about cumin. None of the vegetable would have been made without the usage  of cumin. Whenever a vegetable is made, cumin seeds are first introduced. You will also use cumin seeds, and only you will know that cumin is used in vegetables. It would not be known that many diseases can also be treated with the use of cumin seeds.

Yes, cumin  is very beneficial medicine in Ayurveda, and it helps to prevent many diseases.

Cumin seeds are a spice. According to Ayurveda, cumin is of three types, which are: –

White cumin is commonly used as a spice. Shyamale colored cumin (Krishna cumin) is also like white cumin. There is so much similarity between the two that it is difficult to distinguish, but black cumin is more expensive than white cumin. Its flowers are white in color with satraps, which, turn into fruits after ripening . Its plant is 60–90 cm high, and upright. Its flowers are dark blue, or purple in color. Its fruits are 4.5–6 mm long, cylindrical. Its color is brown, and black. It has pungent smell. The cumin plant has flowers and fruits from June to August.

The botanical name of white cumin is Cumin cyminum Linn, Syn-Cuminum odorum Salisb, but it is also known by other names, which are: –

Similarly, the botanical name of black jeera, Carum carvi Linn. (Carom caravi) is Syn-Carum aromaticum Salisb and is also known by these names:

Cumin can be helpful for those trying to lose weight. It is also beneficial in obesity, cardiovascular diseases, diabetes and osteoarthritis.

Cumin intake can speed up the process of weight loss with exercise and balance diet. Using herbal medicine gives positive results, so cumin is also a traditional way to lose weight.

According to an 8-week research conducted in 2015, some people consumed weight loss medicine and some consumed cumin.

The results were shocking. Cumin eaters lost weight as much as those who consumed medicine. Also, a decrease in the insulin level of cumin consumed was also observed.

Another study conducted in 2014 found that obese women consumed 3 grams cumin powder in yogurt every day for 3 months, so their weight, waist size and fat decreased significantly. Another study also showed that people who took 75 mg of cumin every day lost 3 pounds (1.4 kg) more than those who took placebo.

Cumin has been used mainly for centuries to correct the digestion. Maybe even grandparents in your house recommend eating cumin when stomach upset. Actually, cumin has alkaline properties. Ginger, Celery Seed, Thyme and Fennel are used in flatulence or other problems with cumin.

It has been clear in many studies that cumin also helps in correcting the digestion. It can speed up digestion by increasing digestive enzymes.

Cumin is a good source of iron and dietary fiber. Cumin is beneficial in maintaining the functionality of the immune system or immune system. It fights diseases and reduces your chances of falling ill.

One teaspoon of cumin contains about 1.4 mg i.e. 17.5% of your daily requirement. You can learn about iron rich food by clicking on this link. The immunomodulatory properties present in cumin help to boost immunity.

Accumulation of ox-LDL is associated with atherosclerosis and coronary heart disease.

According to a study, people who consumed cumin 2 times a day for 8 weeks showed a decrease in unhealthy blood triglycerides. That is why we can say that cumin bad means that by increasing LDL cholesterol, Good HDL increases cholesterol.

Consuming cumin also helps the body to fight stress. A study has also shown that cumin can reduce stress. When cumin extracts were consumed, the body had a significantly lower stress response than reducing stress. Cumin acts as an antioxidant to help fight the effects of stress. Researchers conducted tests that found that cumin was a more effective antioxidant than vitamin C.

6. Other benefits of jeera

Cumin seeds have anti-fungal and anti-inflammatory properties to combat dandruff. It is also used to keep the skin healthy. It can also remove stains from the skin.

Side Effects of Jeera

Cumin is a spice used in many delicious dishes around the world. Cumin powder is used in making curries, stews and sauces.

If you do not like to add cumin seeds or powder to your meal, then you can also eat cumin capsules as an alternative. These are easily available in the market.

You can also use cumin oil. This oil is also sold as soft gels. You can also consume black cumin seeds.