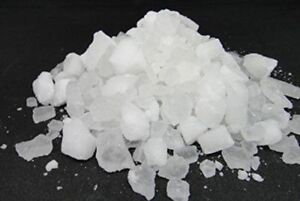 The main use of camphor is during aarti during worship. Camphor has a very strong smell and is a highly flammable substance. Different types of camphor are found depending on the manufacturing process and in different countries. The camphor is colorless, white or transparent in shape, powdered or square. Very few people know that camphor is also used in making many medicines.

Camphor is a type of frozen white oily substance. There are three types of camphor mentioned in many texts of Ayurveda, such as Pakva, Apavka and Bhimseni. Mainly two types of camphor are used. One is derived from trees and the other is artificially made by chemical process. The natural camphor is called Bhimseni Kapoor Patanjali, and is heavier than the artificial camphor. This is why it quickly sinks in water. It doesn’t even fly quickly.

Name of camphor in different languages

You must have burnt camphor in your house because there are many benefits of burning camphor. Coconut oil and camphor are used together in many households. It is also beneficial for your health. From an Ayurvedic point of view, camphor is bitter, thick, sweet and pungent in nature. It acts like a digestive and is beneficial for the eyes. The mildly pungent, fragrant and more pollen camphor is considered the best.

Headache is a common problem, and people of all ages are troubled by it. The benefits of camphor can relieve headache. Grind equal quantity of Shunthi, Clove, Karpoor, Arjuna bark and white sandalwood. Applying it on the head quickly cures the headache.

Benefits of camphor in eye problems

Grind camphor powder in banyan (vat) milk and apply it like kajal in the eyes, it is beneficial in diseases related to the eyes

Camphor is used to relieve skin diseases, such as acne. Camphor has healing properties which helps in quick healing of acne. Also, due to its softness and inflammation-reducing properties in camphor, it also reduces acne inflammation and prevents acne from coming.

Benefit of Camphor to Get Rid from Dark Spot and Pigmentation

Camphor is also used to reduce facial spots. Due to excess skin dryness, the skin becomes dry and blemish. Applying camphor in coconut oil removes the dryness of the skin and at the same time, the facial skin starts blooming.

Camphor is also used in curing abscesses because camphor has anti-bacterial properties, which prevents boils and pimples from growing as well as helps them heal quickly.

Camphor Beneficial in Swelling to reduce swelling in the body

If the body is inflamed due to injury or due to any other reason, it can be reduced with the use of camphor, because camphor has inflammatory properties. For this, applying camphor in coconut or any oil will reduce inflammation it occurs.

A mixture of coconut oil and camphor is an effective remedy for dandruff and hair loss. Camphor has anti fungal properties which reduces dandruff as well as prevents hair loss. Using camphor mixed with coconut oil gives more benefits.

Benefit of Camphor in Cough

The use of camphor is beneficial in the problem of cough. If the cough is disturbing the sleep of the night, then in order to calm it, put camphor in mustard or sesame oil and keep it for some time. Then massage this oil with a light hand on the back and chest, which calms the cough, because camphor has the property of calming the phlegm.

Use of camphor to ward off mosquitoes

Camphor is an excellent remedy for mosquitoes to escape, because the burning of camphor emits a fragrant odor, which helps in warding off mosquitoes.

Use of camphor in the treatment of hemorrhoids

Benefits of camphor in cold

Most of the people are vulnerable to colds as the weather changes. Colds are a problem in which no one feels like working due to runny nose, headache. Colds can be cured quickly by taking camphor. The benefits of Kapoor are also found here. Putting camphor in hot water and smelling the steam emanating from it provides relief in diseases related to phlegm and colds.

Uses of Kapoor in Nasal Bleeding

If you often start bleeding from your nose unnecessarily, you can get relief from this problem by taking the benefits of camphor. For this, grind camphor in rose water and put 1-2 drops in the nose. Soon the problem of bleeding from the nose is cured.

If you are suffering from toothache for the last few days, you can get relief from pain with the help of camphor. For this, mix camphor powder in dry ginger powder and rub it on the teeth.

You keep the camphor in a painful place between the teeth and keep it pressed for some time. Doing this for a few days provides relief from toothache.

Many times, due to eating too sweet or due to stomach heat, there are blisters in the mouth. Grinding 125 mg Kapoor with sugar candy is beneficial in the problem of mouth ripening.

Camphor is used to get relief from vomiting

Most people try to get relief by eating medicines immediately after vomiting or nausea, but for your information, tell that you can get relief from vomiting with the help of camphor. In case of vomiting, vomiting of camphor mixed water prevents vomiting.

Benefits of Kapoor in cholera

In the rainy season, people often fall prey to cholera (cholera). Especially children have more of this problem. Kapoor  is very beneficial in preventing this disease.  Consuming 125 mg camphor is beneficial in cholera.

If you have burning or pain problems while urinating, you can get relief from pain by taking the benefits of camphor. For this, make cuproot powder. Place it in the path of the penis (Urethra). It provides relief in problems with urination and pain while urinating.

Camphor is very useful for women who feel vaginal irritation or itching. For this, make a tablet of 125 mg camphor and keep it in the vagina. By doing this, both burning and itching in the vagina is calmed.

Benefits of Kapoor for Arthritis

Pain in the knees and joints is a common problem in old age. Most people have this problem due to arthritis. You can reduce the pain in arthritis using Kapoor.  Massage the appam and camphor mixed with rye oil. It provides relief from arthritis pain.

How to use camphor

Coconut oil and camphor are used in many places for the prevention of Khajuli etc., then in many places benefits are taken by burning camphor, but in the treatment of any disease, a special amount of camphor is used.

How to use camphor

In many places coconut oil and camphor are used for the prevention of Khajuli etc., then in many places benefits are taken by burning camphor, but no specific quantity of camphor is prescribed in the treatment of any disease. Always use camphor as per doctor’s advice.

Where is camphor found or grown?

Most people do not know how camphor is made. If you do not even know, then know that most camphor in India is made by chemical method. Natural camphor is found in West Bengal, Uttarakhand, Karnataka, Tamil Nadu, Kerala, Nilgiris and Karnataka.

What are the benefits of burning camphor?

Air is purified by burning camphor. Camphor prevents mosquitoes and flies from coming, along with protecting them from diseases spread by contaminated air.

Can camphor be eaten?