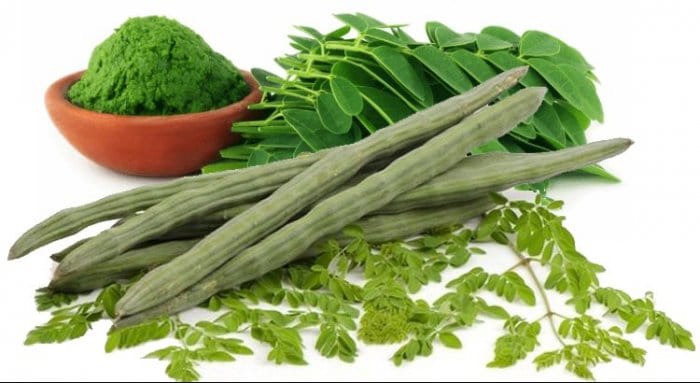 You must have known about the vegetable of Sahajan. It is a seasonal vegetable. People usually use drumstick only for its vegetable, because people know that consumption of drumstick is better for health. Do you know that drumstick is also used as a medicine?

Yes, you read it right. Drumstick is also used as a medicine. Not only the fruit of moringa in hindi, but also the leaves of the drumstick, bark etc. are also used to cure diseases. Coating of drumstick bark and leaves is an irritant, inflammatory destroyer and destroy boils. Drumstick seed oil is a pain reliever and anti-inflammatory.

This proverb is famous for drumstick – “Drumstick is very bloated, and there is no loss of droop.” Drumstick pods are green and thick as a finger. Wild tree beans and planted tree beans are used as a vegetable. It is also a healthy diet and is also used as a medicine.

The difference between the color of the flowers, the scholars have made two distinctions of white and red of Moringa. White race is bitter and red caste is sweet. Bitter drumstick is found everywhere but sweet drumstick is rarely found. There are small or medium sized trees of drumstick. The bark and stem are digestible. When trees are laden with legumes, the branches often break.

The Latin name of drumstick is Moringa oleifera Lam., Syn-Moringa pterygosperma Gaertn. And is of the Moringaceae (Moringaceae) family. Drumstick is also known by other names, which are: –

By now you have known how many names of drumstick. Now let us know how medicinal use of drumstick can be done and in which diseases: –

Use of drumstick in headache is beneficial

Mix equal quantity of jaggery in the juice of the root of drumstick. After filtering it, adding 1-1 drops in the nose provides relief in Headache.

Grind black pepper in the juice of drumstick leaves. Applying it on the forehead cures cephalic pain.

Drumstick is beneficial in typhoid

Grind the bark of drumstick in water. Putting a couple drops of this in the nose and taking it is beneficial in meningitis i.e. meningitis or typhoid.

20 grams of fresh roots of drumstick is 100 ml. Boil in water. Filtering and drinking it destroys the typhoid.

In the problem of running water from the eyes due to phlegm, grinding the drumstick leaves and making a tablet and tying it on the eyes has benefits.

50 ml of drumstick leaves Mix 2 teaspoons of honey in the juice. Applying it like mascara in the eyes is beneficial in all types of eye problems like eye blurring.

Add honey in equal quantity in the juice of drumstick leaves. Putting 2-2 drops in the eye reduces eye pain and benefits.

Use of drumstick in ear related diseases

20 ml A spoonful of honey and 50 ml of milk in the root juice of drumstick. Add the oil. By heating, filtering, dripping 2-2 drops in the ear, ear pain is reduced.

Heat the gum of the drumstick in sesame oil and filter it. Dripping 2-2 drops in the ear has drumstick benefits.

Grind the bark of drumstick and rye and apply it. This causes swelling problem in ear root.

By making a decoction of the root of drumstick, rinse is beneficial in the problem hoarseness of the voice

Dissolving gum of the drumstick in water and gargling it ends dental problems.

Benefits of Drumstick in Asthma

Mix equal amounts of drumstick and ginger juice. It is given by 10-15 ml Drinking daily quantity of morning and evening is beneficial in respiratory diseases

Take equal quantity of fresh root of drumstick, mustard and ginger. Grind it to make 1-1 gram tablet. Taking this tablet 2-2 in the morning and evening makes gastritis active, so that heartburn is removed.

In the condition of stomach gas or stomachache, mix 5 grams asafetida and 20 grams dry ginger in 100 grams bark of drumstick root. Grind it with water and make tablets of 1-1 gram. Eating 1-1 of these tablets 2-3 times a day has the benefit of drumstick benefits.

Grind its leaves with water and heat them lukewarm. Applying it on the stomach also cures stomachache.

By eating drumstick vegetable made of drumstick beans, the intestinal worms of the stomach are destroyed.

50 gram root of drumstick is 200 ml Mix in water. Make a sauce and drink it in small amounts, it provides benefit in ascites (problem of water filling in the stomach).

Take equal amount of drumstick root and cedar root. Grind it with kanji and lukewarm it. It corrects the problem of indigestion.

Consumption of drumstick in kidney disorder

Eating 5 grams gum of drumstick with curd everyday for 7 days is beneficial in urination problem.

20 ml of bark of drumstick root Kidney stone is cured by giving the decoction 3 times a day.

It also has benefits in epilepsy.

8-10 flowers of drumstick are 250 ml Boil in milk. Drinking this in the morning and evening removes physical weakness and increases the strength of Stamina.

Uses of Sahajan to Cure Arthritis

Grind the root of drumstick and apply it on warmth, it is beneficial in Filarial or Hathipaon disease.

Grind the bark of drumstick root in water. Applying with this causes Ring Worm.

Itching is beneficial by crushing the root of drumstick and applying it in mustard oil.

Use of drumstick to reduce inflammation

Grind the bark of drumstick in water and take 10 grams it. This reduces inflammation.

Uses of Sahajan to Cure Fester

Boils are cured by grinding ground bark of the drumstick and applying it. This causes the abscess to burst and the pus flows.

Grind the juice of drumstick leaves and sergeras and apply it on the body, it kills pimples.

Mix equal amounts of Moringa leaves and sesame seeds. Grind it. Mixing some ghee in it and applying it heals the wound quickly.

Sahajan Benefits in Treatment of Leprosy

Applying oil of leprosy and mango kernels to the leprosy patient is beneficial.

By applying lukewarm paste of drumstick bark, the glands benefit.

Add honey to the ripened juice of the drumstick (5-10 ml) and eat it. It is beneficial in paralysis, menstruation etc.

Drumstick is Beneficial in Cancer

For liver cancer disease, make a decoction of 20 grams bark of drumstick. Drink it with Arogyavardhini Vati (2 tablets) thrice a day. It provides benefit in problems like liver cancer.

Use of drumstick on dog bite

Grind equal quantity of Moringa leaves, garlic, turmeric, salt and pepper together. Applying this on the dog’s bite reduces swelling and cures fever.

Taking 10-15 grams quantity of this paste in the morning and evening is also beneficial.

Other Benefits of Drumstick

Make a decoction of the root bark of the extract of Kutki, Cedar, Vacha, Drumstick and decoction of Dashmool. It is 10-20 milliliters All types of diseases are destroyed by drinking in quantity.

Treatment of gastric ulcers with drumstick

How to Use Drumstick

To get more benefits as a medicine (drumstick benefits), use shajan in consultation with an Ayurvedic doctor.

How Much to Consume Drumstick

Where is drumstick found or grown