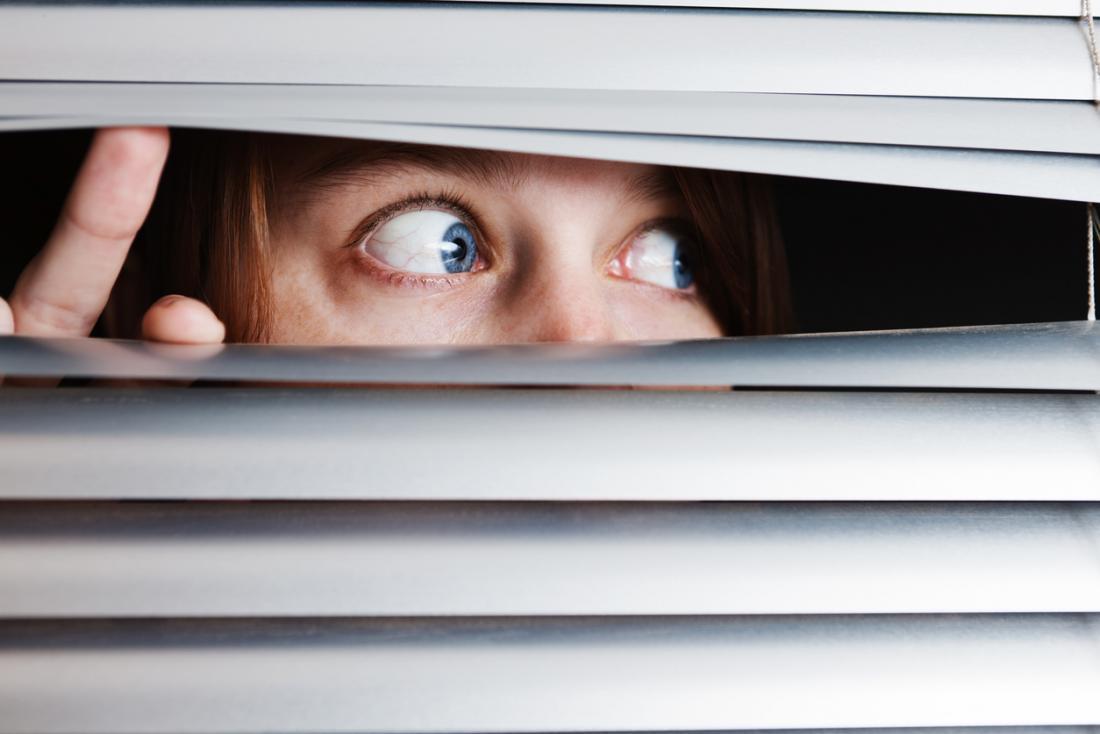 Agoraphobia which should not be considered agoraphobia, is a condition where the victim becomes distraught in an environment that is unfamiliar to him or where the victim feels that he or she does not have control in their hands. Activating this anxiety can include wide open spaces, crowds (social anxiety), or travel (even short distances). Agoraphobia is often associated with fear of a social problem, but not always, as agoraphobic fear begins with panic attacks and distress in the public. It is also sometimes called ‘social agoraphobia’ which can be a type of social anxiety disorder sometimes called ‘social phobia’.

However, not all agoraphobia is social. Some people with agoraphobia have fear of open spaces. Agoraphobia is defined as “a phobia, sometimes a terrible phobia, by those who have suffered one or more panic attacks.” In such cases, the victim is afraid of a particular place, as he had experienced a panic attack at the same place last time. To avoid having to face another panic attack, the victim becomes frightened or refrains from going to that place.

This type of victim is now considered to have agoraphobia. Sometimes victims may try in every way to avoid the place where the first panic attack was encountered. Agoraphobia, as described in this manner, is actually a professional symptom check at the time of diagnosis of panic disorder. Symptoms such as extreme affective compulsive disorder or post-traumatic stress disorder can also be due to agoraphobia, basically any unfounded fear that prevents a person from going out can cause symptoms.

The first level agoraphobia involves an imaginary fear or a real panic attack as a result of a journey beyond the normal perimeter of an area where it lives, such as a large city or country.

Second level agoraphobia involves an imaginary fear or a real panic attack as a result of a journey beyond the normal perimeter of a neighborhood or residential district where it lives.

Third level agoraphobia involves an imaginary fear or a real panic attack as a result of going outside the boundaries or premises of one’s residence. Most of the victims of this category are able to walk outside the verandah, balcony, terrace, courtyard or courtyard, but the third level minority victims are afraid to go out of it.

It is also not uncommon for a person with second-level and third-level agoraphobia to suffer from Temporal Separation Anxiety Disorder especially when other members of that household move temporarily, such as parents or spouses. Or a person suffering from agoraphobia is alone at home. Such temporary situations may result in increased anxiety or panic attacks.

Another public association disorder of agoraphobia is the fear of death – the fear of death. So the thought of dying often increases the anxiety level of a person suffering from agoraphobia, which they consciously or unknowingly eventually associate with mortal emotional reassurance and safety zones and thoughts of final separation from loved ones, even for them. Who otherwise believe in some form of post-life existence spiritually.

Fear is a small word that is small but it means big. This feeling of ours has been shown in books and films, how many different forms have been shown. It is natural for anyone to be scared to watch a horror film, but when a person is so afraid of the social environment that he always likes loneliness, it can be a symptom of agoraphobia.

It is a kind of social phobia, which is associated with stress and anxiety. According to a survey, only 1M i.e. one billion cases are encountered every year in India, out of which most of the cases are of girls and women, this problem can happen to anyone, but people and women in the age group of 20 to 40 years Symptoms are more frequent.

How is it identified

As a result, individuals suffering from agoraphobia avoid public and or unfamiliar places, especially in large, open, empty spaces, such as shopping malls or airports, where there are few places to hide. In many cases, the victim may be confined to his or her home, where he or she experiences difficulty moving elsewhere from this safe place. In most cases there is a fear of public places. What is the exact cause of agoraphobia due to this disease is not yet known, although some physicians offer valid theories that have treated or attempted to treat agoraphobia. This condition has been linked to the presence of other anxiety disorders, a stressful environment, or intoxication. Prolonged use of sleeping pills has been linked to causes of agoraphobia.

What are the solutions?

Most people who go to mental health specialists develop agoraphobia after the onset of fear disorder (American Psychiatric Organization, 1998). Agoraphobia can be better understood as an adverse behavioral outcome of a scary attack each time, and the subsequent anxiety and preoccupation with these attacks tends to avoid situations where a horrific attack is likely to occur. There is more public panic in women, almost the level of agoraphobia that occurs in men is almost double in women. Although no proper explanation of this difference has been found so far in research and research results, it is still believed that women are more mentally in need of help from a partner, so they have more signs of the disease.

Exposure treatment can provide permanent relief to most patients with agoraphobia and panic attacks. The extinction of residual and subclinical agoraphobic segregation, rather than just panic attacks, should be the goal of exposure therapy. Similarly, systematic desensitization can also be used.

Cognitive restructuring has also proved useful for treating agoraphobia. This treatment involves coaching the participant through a dynotic discussion, aiming to replace unfounded and obstructive beliefs with more factual and beneficial beliefs.

Relaxation techniques are often useful in people with agoraphobia, as they can be used to prevent or eliminate symptoms of anxiety and attack.

The most commonly used anti-depressant medications for the treatment of anxiety disorders are mainly in the category of SSRI (selective serotonin reuptake inhibitors) and include sertaline, paroxetine, and fluoxetine. Benzodiazepine tranquilizers, MAO inhibitors and tricyclic antidepressants are also commonly prescribed for the treatment of agoraphobia. [Citation needed]

Eye movement desensitization and programming (EMDR) have been studied for possible treatment of a agoraphobia, but the results were not satisfactory. However, EMDR is recommended in cases where cognitive behavioral approaches prove ineffective or Cases where subsequent trauma develops in agoraphobia.

Sharing self-help tools along with exchanging problems and achievements with each other are common activities of these groups. In addition to stress management techniques and various types of meditation practice, psychodynamic techniques can help calm patients with anxiety disorders and increase the effectiveness of therapy. In the same way, one can be alienated from self-pity by acts of philanthropy which are seen with anxiety problems. Also, primary evidence has also been found that aerobic exercise can also have a calming effect. Since caffeine, some illegal drugs and some over-the-counter medicines can increase the symptoms of anxiety disorder, they should be avoided.

Vata balance tablet is a rejuvenating blend of herbs is specially formulated to balance Vata doshas without aggravating Pitta or Kapha doshas. It may be used to support overall health and well-being by Vata constitutions with or without food. For those with a dual constitution that includes Vata or a tridoshic constitution, it is an excellent formula for the Vata season, which in most parts of the world is autumn and early winter.

It is an amazing combination of natural herbs like Sarpgandha, Brahmi, Tagar, jatamansi. It helps to relieve stress conditions. They help to pacify the nervous system and also help to increase mental and physical performance. In Ayurveda when there is an imbalance of three energies i.e. Vata, pitta, and Kapha, it leads to disease. Vata has a sub dosha named prana doshas which regulates the sensory perception, brain, and mind. Tarpak Kapha subtype of kapha, governs cerebrospinal fluid, sadhak pitta subtype of pitta doshas governs emotions and their impact on the heart. So any vitiation of these doshas leads to stress. It act as Anti-depressant, relieves Insomnia, Anxiety.

It is a herbo-mineral tablet and is the purely ayurvedic formulation. Nerve up tablets helps in balancing the Vata doshas. It reduces Kapha dosha and acts as a nervine stimulant. It shows effective results in improving the central nervous system. It contains natural ingredients like shudha kuchala, shudha shilajeet, abhrak bhasma, praval pishti, shankh bhasma etc. It acts as a convulsant that is producing sudden and involuntary muscle contractions. It can be used to reduce the stress, mental fatigue, increases the memory, boosts mental capabilities and intelligence, alleviates stress and produces calmness in the mind, to boost the retention power and improves the quality of sleep.