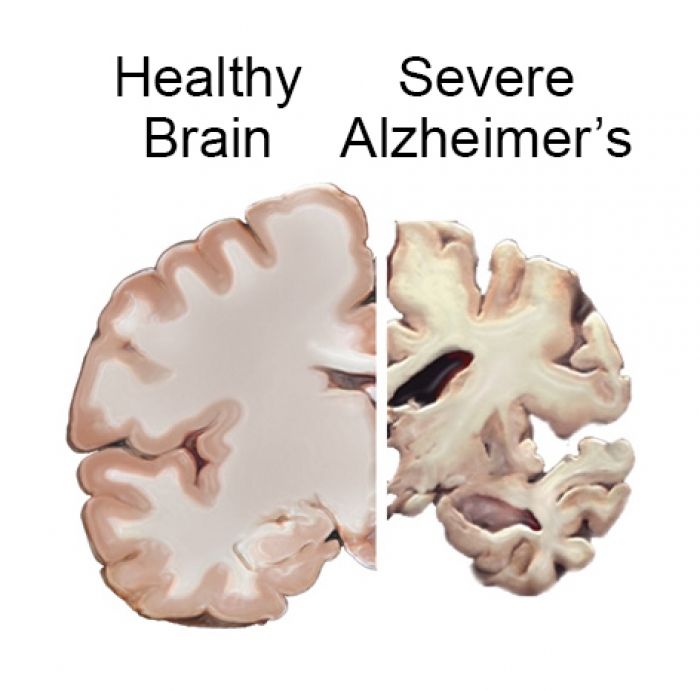 The human brain is awesome as it functions twenty-four hours a day from the day we are born. It is considered as one of the important organ in our body. The brain power improves by the use of it. Nowadays there are many neuro-degenerative diseases that affect the brain.

One of the diseases that come under neurodegenerative disease is Alzheimer’s that is the most common type of dementia. It is a progressive disease that begins with mild memory loss & involves the parts of the brain that controls memory, language, and thought.  In this disease, the death of brain cells takes place that causes loss of memory. After the age of 60, the symptoms of this disease appear & risks of this disease increase with the age.

The progression of this disease is done on three main stages before the symptoms appear (preclinical), when symptoms are mild (mild cognitive impairment), & dementia.

What are the Symptoms of Alzheimer’s Disease?

The early signs of this disease are loss of memory as the disease progress the memory impairment worsens. The different symptoms are mentioned below:

What are the Causes of Alzheimer’s Disease?

Most of the people believe that Alzheimer’s disease is caused due to a combination of lifestyle, genetic, & environmental factors. The part of the brain that controls memory is damaged in this condition. In the late stage, the brain shrunk. Loss of neurons that further spread to the other parts of the brain.

What are the Risk Factors of Alzheimer’s Disease?

Ayurveda is the best way to treat any acute & chronic disease. In Alzheimer’s patient there is “smriti bhransh” (loss of memory). Mainly vata dosha is imbalanced in it as compare to pitta & kapha. The Chandigarh Ayurved Centre provides various herbs that generally act on the memory & treat all the symptoms related to Alzheimer’s patient.  A kit named as “Alzheimer’s Go Kit” is introduced specially for Alzheimer’s patients. This kit comprises of five products Brahmi vati, Brodley syrup, Nerve Up Tablet, Tagaradi churna, & Brain Relaxant churna. 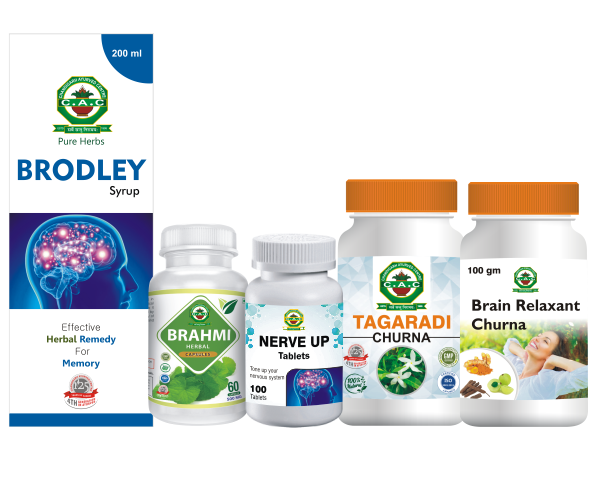 All Products Description in Details

The extract of herb Brahmi (Bacopa monnieri) is used for the formation of the tablets. Brahmi vati is considered as the best brain tonic that maintains brain activity. It supports mental clarity & memory by making coordination between the neurons. These tablets fight against depression and various other stress disorders. The calming and nurturing nature of this herb deal with Alzheimer patients.

The main ingredient used for the preparation of this churna is Tagar (Valeriana wallichii) that calms the brain, strengthens nerves, and prevents neurological and psychological disorders. This herbal churna regulates the brain activities and central nervous system. It is an effective churna that deal with depression naturally and treat Alzheimer patients.

This herbal churna is prepared from herb Atmagupta (Mucuna pruriens). The herb normalizes the nerve cell functions and supports brain function. It provides effective results in Alzheimer disease as it maintains the overall performance of the nervous system.

These procedures and the medicines mentioned above provide a very effective result in Alzheimer’s patients.

If you want to stay healthy & Alzheimer’s free then you should follow these tips in daily routine: