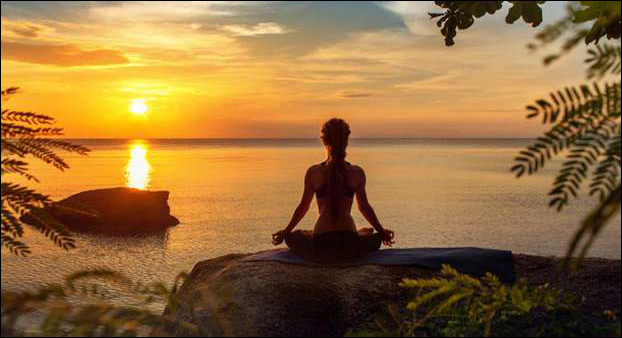 Why is Brahma Muhurta so special

Every day at 4:30 am my grandfather is busy waking up his favorite gods. After that they meditate and then go for a long walk. “Ah, what a beautiful morning,” he says every day after returning home.

My grandfather always had an intimate relationship with me in the morning, especially at the Brahma Muhurta, which was an hour and a half before sunrise. So much so that you will find them keeping up with their morning routine despite the cold of winter. He believes that his rites have kept him in good health. (Despite being over 80 years old, he walks straight and has no illness). Medical experts also agree with him. Ashtanga Hriday is also written in a treatise on Ayurveda that waking up in the Brahma Muhurta increases one’s lifespan and helps to avoid diseases.

The benefits of disease-free body and increased lifespan are attractive. However, my grandfather’s love for the early days was much deeper. In his own words, this is his ‘own time’. He explained to me. He said that from morning till night, we are respecting the demands of the world. The day is spent in carrying out business, social and family responsibilities. There is little time left for yourself at night. But in that period, your energy is greatly reduced. At the same time when you are refreshed, aware and can easily go inside yourself, that is – Brahma Muhurta, this is a special time for you.

Research benefits of waking up in Brahma Muhurta

According to the International Journal of Yoga and Allied Sciences, during the pre-dawn period, there is newborn oxygen availability in the atmosphere. This nascent oxygen readily combines with hemoglobin to form oxyhemoglobin, which has the following benefits:

These 5 things to do in your ‘time’

Our ancestors felt that some of the activities performed in Brahma Muhurta can help in balancing themselves. These activities help to make this time special and fruitful for both personal and worldly areas. Ancient texts like Dharmashastra, Hindu scriptures and ‘Ashtanga Hridya’ give the following advice:

Meditation is the best way to meet yourself. And when the rest of the world is asleep, what better time to meditate? This is the time when your level of awareness is highest. One of the best Brahma Muhurta ‘meditation’ is Sehaj Samadhi meditation.

2. Read or listen to knowledge

The kind of awareness level and freshness the Brahma Muhurta gives you is the right time to plan the important things in your life: be it work, finance or something else.

Recall your actions of the previous day. How many times have you missed negative emotions like jealousy, anger and greed. Do not let any of these memories drown you in guilt. Just be aware of those moments. Doing this every day will eventually reduce your tendency to give importance to these feelings. And eventually bad karma will reduce.

5. Remember your parents, Guru and God

We often do not find the time to remember the most important people in our lives. The sage Shaunak says: Mentally remember your parents, guru, and the energy you believe in is called God or Universal Energy.

These things should not be done in Brahma Muhurta

Should everyone wake up in Brahma Muhurta?

According to Ashtanga Hridaya, only a healthy person should wake up in the Brahma Muhurta. It is also said in the book that there is no restriction on the following people getting up in Brahma Muhurta –

In the changing lifestyle, we have started to consider sleeping late and waking up late in the modern lifestyle, but it has always been said to sleep early at night and wake up early in the morning to get good health. Sleeping late and getting up late can be harmful to health. That is why in our ancient traditions, the time to get up in the morning has also been fixed. This is the ‘Brahma Muhurta’, that is, the last hour of the night or about one and a half hours before sunrise.

Better for both heart and brain

Waking up early in the morning is not less than a medicine for us, this habit will end every health problem in our life with positive effect. If you get into the habit of getting up early, the immune system will be strong, which will increase immunity and you will not get sick. Scientific research has proved that getting up early is very beneficial for the brain. This keeps the cells of the brain active, which makes the brain sharp and maintains good memory.

What does Ayurveda say about Brahma Muhurta

According to Ayurveda, due to the presence of nectar particles obtained from the air moon flowing in this time, nectar is equal to our health, it is called Veeravayu. Traveling at this time brings strength to the body and the body becomes radiant. When we wake up in the morning, this amritamayi air touches our body. By this touch, there is a fast, strong power, energy and intelligence in our body, which makes the mind happy and calm. Conversely, we do not get this beneficial air by waking up late at night and sleeping till late in the morning, which damages physical and mental health.

Scientific truth of waking up in Brahma Muhurta

According to many researches, our atmosphere is largely pollution free during the Brahma Muhurta in the morning. At this time, the amount of oxygen in the atmosphere is also higher than in the day. The early morning pure air fills our body and mind with energy and energy. The power of lungs increases, which purifies the blood. This is the reason that walks and exercises, yoga and Pranayama performed at this time keep the body healthy. Apart from this, the atmosphere of the morning becomes pleasant due to the chirping of the birds, due to which our body and mind become lively and refreshed.

Routine will be fine, then you will get success

Getting up early in the morning is the most important part of the routine, because getting up early gives us enough time to make tasks and plans for the day. Neither there is a problem of late arriving at the office, nor is there a problem of the children leaving the school bus. Every task is completed in a pre-planned manner, so that there is no tension in the mind, there is also time to do the tasks of your interest. A person waking up in the Brahma Muhurta can be happy and prosperous by staying physically and mentally healthy. By getting up early, we will be able to take time out of our busy lifestyles for our close relatives and friends as well, as a result, relationships will get stronger.