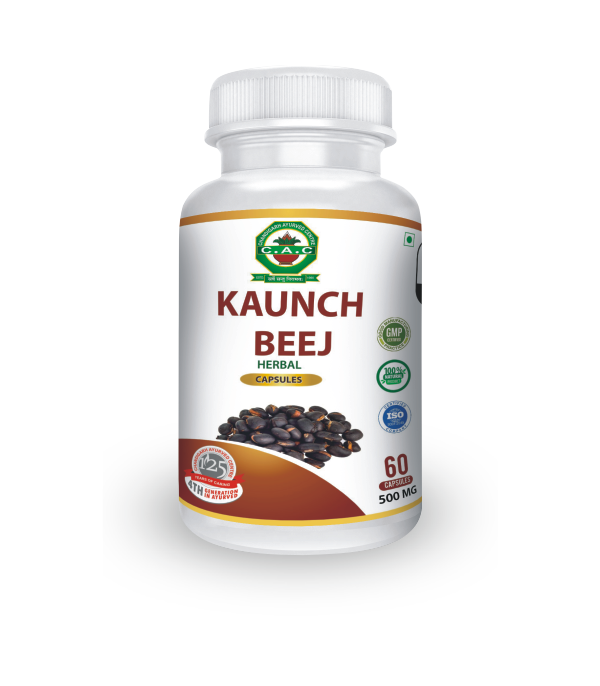 CAC Kaunch beej or Cowhage is widely known as “The magic velvet bean”. It is a leguminous plant and is a good source of protein. Kaunch beej increases sexual desire as well as the quality and quantity of sperm due to its aphrodisiac property. It helps in the management of nervous disorders like Parkinson’s diseases and controls the symptoms of arthritis. The most effective way of consuming Kaunch beej powder is with milk. It might also help reduce the risk of breast cancer. External exposure to the hair of the Kaunch beej pod or the seed itself can cause severe itching, burning and rashes.

Our CAC KAUNCH BEEJ TABLET is 500 mg per tablet. Which is easy to take in dose of twice a day (1bd). It is different in comparison to other pharmacy KAUNCH BEEJ TABLETS pressure tablets available in open market.