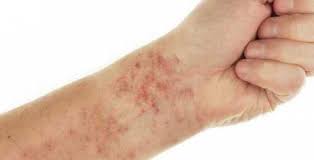 What are the symptoms of thrombocytopenia?

Blood relations or medical problems can cause thrombocytopenia.

The number of platelets may be reduced due to a bone marrow problem. This can also happen due to some of the following health conditions:

The disease has an effect on the function of the spleen, such as fighting infections, identifying harmful substances. As the spline is larger, it holds more platelets and also reduces the amount of platelets from the blood.

The risk may increase due to the following reasons, such as:

How is thrombocytopenia treated?

Treatment is given on the following reasons. If thrombocytopenia is due to some disease or medication, treatment will be done considering the condition. If the platelet count is low that can be a serious problem. In this case, you may need some medical care:

Blood or platelet transfusions can be performed due to the lack of platelets.

Drugs to lower the immune system, corticoids, may be given to block platelet antibodies.

Surgery may be required to remove the spline if necessary.

Thrombocytopenia may occur during pregnancy but may be cured after childbirth.

Immune thrombocytopenia can be caused by autoimmune system disorder.

Bacterial infections can cause thrombocytopenia.

Thrombotic thrombocytopenia purpura is a rare condition caused by an increase in the formation of small blood clots and the increase of platelets.

Hemolytic uremic syndrome is a rare condition that is usually caused by bacterial E.coli infection.

Some drugs sometimes affect the immune system and reduce the number of platelets, such as heparin, sulfa-containing anti-biotic.

The following lifestyle and home remedies can help you deal with thrombocytopenia:

Avoid getting hurt by any activity or sport.

Beware of over-the-counter medications to avoid harmful side effects.

Wheat grass is considered an effective way to increase platelet count. Wheat grass contains high amounts of chlorophyll. The molecular structure of chlorophyll is close to the molecule of hemoglobin present in human blood. By taking just half a cup, it shows a very beneficial effect.