HomeBlog Merits and Demerits of Mouthwash 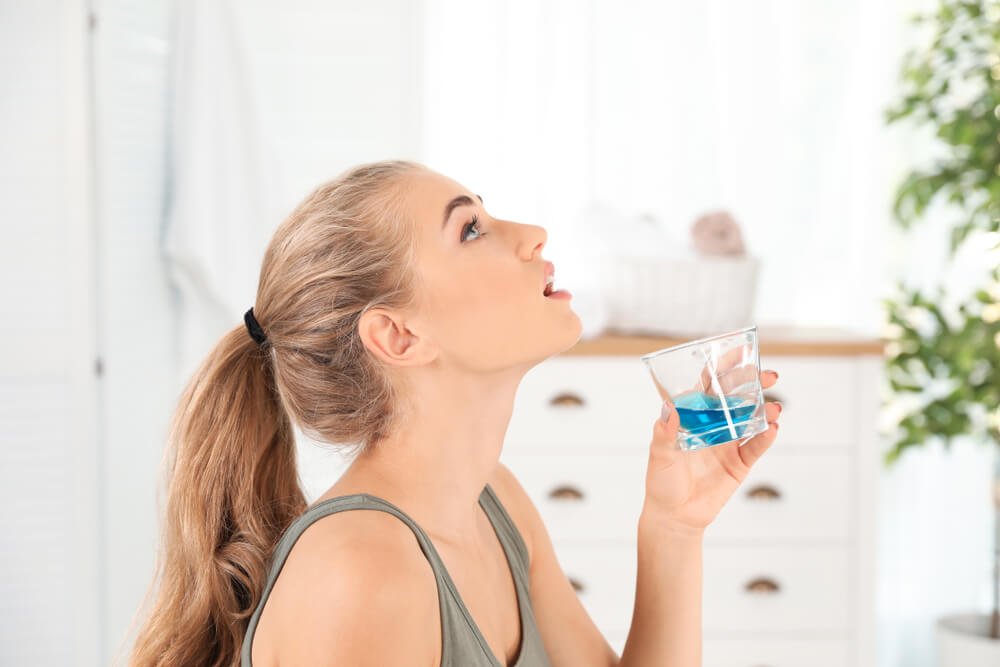 Mouthwash is beneficial for your mouth.

Oral hygiene is necessary to keep the mouth healthy. To keep the mouth healthy, brushing is necessary. Along with brushing, when you use the mouthwash, it helps to keep the gums healthy with the teeth. Excessive use of mouthwash can be harmful for you. Because it contains some things that can harm you. Mouthwash is beneficial, but do not use it in place of anything. By the way, mouthwash is used to relieve bad breath and many times you are advised to use mouthwash to get rid of gums problem.

Cavity removal: Mouthwashes help to remove cavities. Gargling with mouthwash does not keep bacteria in the mouth and does not cause pain in the teeth. If you have fluoride in your mouthwash, it is beneficial for you. Using mouthwash containing fluoride prevents your teeth from cavity.

Removing Bad Breath: Most people use mouthwash to help relieve bad breath. It removes the bad smell of the breath by destroying the odor-causing bacteria in the mouth.

Mouth ulcer prevention: Mouthwash prevents ulcers along with relieving pain caused by mouth ulcers. When you use non-alcoholic mouthwash, it removes the ulcer and its pain as soon as possible.

Use of mouthwash is beneficial for your mouth. Many things present in mouthwash help to keep your mouth healthy.

There are many of us who use liquid mouth freshener after regularly brushing teeth for oral cleansing and care. But you will be surprised to know that using more mouth freshener can prove to be dangerous for health. Like most toothpastes, some mouthwashes use sodium lauryl sulfate to clean teeth and eliminate bad odor in the mouthwash. The excessive use of which reduces the production of nitric oxide in the mouth and it worsens the metabolism of the body, which increases the risk of serious illness like diabetes to a great extent. Increased risk of diabetes A report has claimed that people who use mouthwash at least 2 times a day have a 55% increased risk of diabetes compared to others. Research has proved that mouthwash or any chewing gum is not required in 80 percent of cases.

The main reason for bad odor is bacteria which is present in your tongue and it is very important to clean it daily. Apart from this, food particles remain in the middle of the teeth, which can be removed only by brushing them. There is no specific benefit to using mouthwash for this. The damage caused by mouthwash makes the mouth dry. Mouthwash can cause dry mouth. Using mouthwash containing excessive amounts of alcohol makes your mouth dry. Due to which there may be a problem of bad breath with cavity. Mouthwash problem Mouthwash has antibacterial properties with a high amount of alcohol that can cause tissue pain inside the mouth. Therefore alcohol-based mouthwash should not be used. It can also cause blisters in the mouth. Oral Health Problems Using mouthwash does not make you aware of many oral problems. When you use mouthwash every day, it hides the problem of bad breath, due to which you are not able to get it treated.