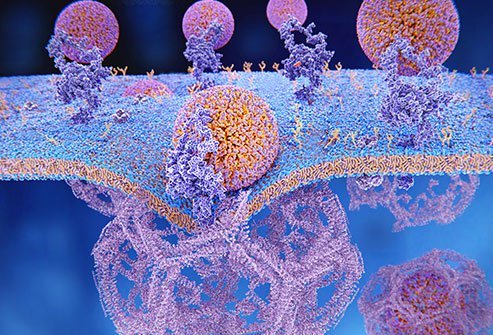 Triglycerides are a type of lipids or fats that occur when the calories, which we consume with food remain unused. When they are not needed by the organism, triglycerides are accumulated and stored in the fat cells and when our body needs them (while eating, performing physical activity in order to protect us from cold and other), they are released in order to meet its needs.

When our body needs energy, the insulin allows access to triglycerides that are divided into glycerol and fat cells through a process called lipase. In turn, glycerol converts to glucose and provides energy to the body.

Fat cells are used for production of cellular energy through a process called beta – oxidation or they can perform other functions such as formation of cellular membrane, hormone regulation, transport of fat-soluble vitamins and formation of myelin in the brain and skin, and other.

Simply put, when triglycerides are within normal levels, they are very important (and useful) for our health.

The problems come when their values are high and this happens when their production increases. Our organism can’t burn all triglycerides and they accumulate in our body most often in the form of fats, which in turn causes a condition called hypertriglyceridemia.

When a person is overweight, the triglycerides accumulated in the organism can’t be completely consumed and they accumulate in the form of fat in different parts of the body. Their increased level, in turn, reduces the level of good cholesterol and increases the bad, as all this leads to occurance of diseases such as stroke, type 2 diabetes, pancreatitis, atherosclerosis and other.

How to reduce our triglycerides with the help of Ayurveda?

According to modern medicine, following a diet is the main method to reduce the weight and to lower bad cholesterol and the levels of triglycerides accordingly, but Ayurveda works on building habits to maintain a balanced lifestyle.

None of the Ayurvedic texts mentions „cholesterol”, but refers to „lipid tissue” (meta datum) and it explains how to maintain a healthy amount and quality of the fat tissue in the body. When the lipid tissue is balanced and healthy, then the levels of triglycerides and cholesterol are normal.

When the digestive fire (Agni) is weak, the organism accumulates ama (toxins) in the fat tissue. Usually ama is a metabolic waste, which is a product of improper digestion and it can cause clogging and blockage of the channels of the body (most often this is an artery occlusion).

Besides ama, there are other, even more dangerous toxins called amavisha, as they form when ama has been present in the organism for a long time. Then this excessive amount of ama begins to spread throughout the entire body, mixing with the tissues of the body (dhatus) and mala (waste products). Once amavisha is mixed with the fat tissue, it begins to cause damage to the channels, which in turn leads to diseases, some of which we mentioned above.

In order to lower the triglycerides naturally, Ayurveda doesn’t only focus on foods that lower the cholesterol (and triglycerides), but rather works on the nutritional recommendations that balance the overall metabolism of fats in the body.

That is why Ayurveda recommends balancing of Kapha dosha, because the imbalanced Kapha is one of the main reasons for the accumulations of excessive amount of triglycerides in the organism.

Lowering the triglycerides with the help of Ayureda – practical tips

To increase the digestive fire (agni) and to improve the metabolism of fats, Ayurveda recommends following a diet that reduces the Kapha’s excess in the body.

It is recommended to consume foods such as lentils, mung bean, mung dahl, horseradish, which are rich sources of fiber and proteins and they cleanse the gastrointestinal tract from toxins.

For the balancing of Kapha, Ayurveda recommends also the consumption of cruciferous vegetables such as cabbage, cauliflower, broccoli and fruits such as apples and pears.

Also very good are the foods with bitter taste, as they include all leafy vegetables, for example, spinach and cabbage. Seasoned with spices, these vegetables cleanse the intestines and help to lower triglycerides and prevent the accumulation of bad cholesterol in the organism.

Ayurveda considers trans fats to be very harmful and dangerous, because their consumption not only increases the levels of triglycerides and bad cholesterol, but is also one of the causes for occurrence of cardiovascular diseases, type 2 diabetes, stroke and other.

Trans fats are also present in fried foods and in particular in the fried potatoes that are offered in the restaurants, because palm oil is often used for their preparation.

In addition to the change in nutrition and the limitation of bad foods consumption, for reduction of triglycerides with the help of Ayurveda, is also recommended a change is the lifestyle.

Daytime sleep is not recommended, so it should be avoided. It is best to wake up early in the morning (before sunrise) and to go to bed at 22.00 p.m.

As we have already mentioned, meals should be consumed always at the same time, as the most abundant meat have to be at lunch, and the dinner should be light and if possible before sunset.

Exercises such as yoga asanas and suri namaskar (sun salutations) are part of the Ayurvedic therapy and if performed twice a day they help to normalize the  metabolism of fats and to reduce triglycerides and cholesterol.

Pranayama or yoga breathing techniques are also recommended, because the proper breathing helps for the improvement of digestion and for cleansing of channels from the accumulated ama.

To balance cholesterol, it is also important to do other physical exercises such as daily walks, swimming, aerobics or other type of sports, which, however, should be practiced regularly.

Ayurveda also recommends some herbal products that have very good effect on the levels of triglycerides.

And most importantly, the proper nutrition, maintenance of normal weight, physical exercises and consumption of herbal products have to be combined with regular appointments for check-ups at the office of the Ayurveda doctor.

We say this because the increase of triglycerides happens without any visible symptoms, so only with medical tests can be found whether there are any problems or not. 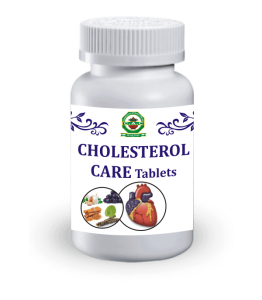 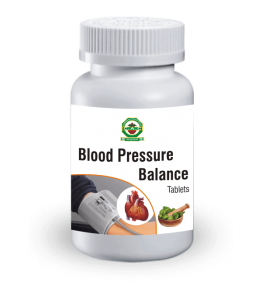 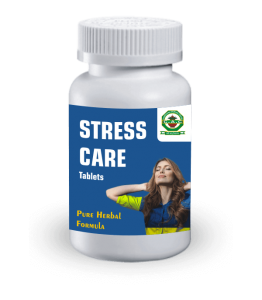