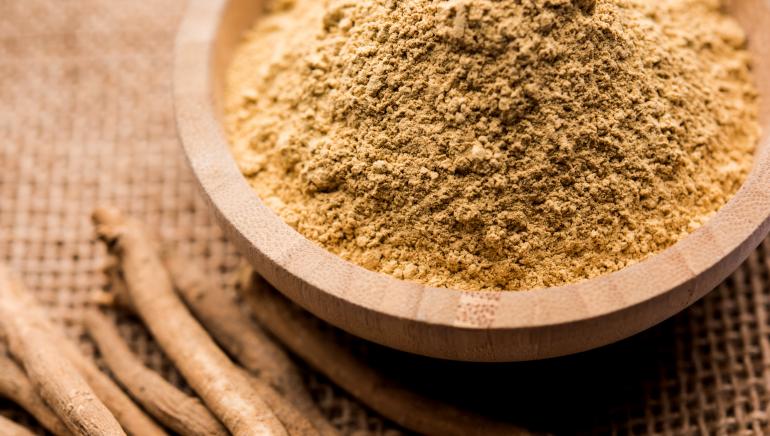 Vajigandha, Turagnagandha, Ashwagandha, Hayagandha in which vaji, ashwa, and haya means horse and gandha mean smell. The smell of this plant is quite alike horse dung.

Gatrakari in which gatra means body and this herb helps to improve the body’s strength and mass.

Balya- It improves the strength

Vajikari, Turagi- Here the vaji means horse and it improves the sexual performance like that of a horse

Varahakarni- Varaha means pig and Karna mean ear. Its leaves are like the ear of a pig

Ashwagandha is also known as Indian ginseng and it has been used in Ayurveda for a very long time as a crucial part of ayurvedic treatment for various health issues. In Ayurveda, Ashwagandha is considered as a Rasayana (potent rejuvenative agent as it increases the vitality and longevity of an individual. It improves memory power, preserves mental functions, and increases intelligence. Due to its anti-inflammatory action, it is mainly used in all types of inflammatory disorders. The word Ashwagandha means ‘smell of a horse’. The two main reasons behind its name are- first is because of its roots that emit the smell of horse. The second reason is that by consuming Ashwagandha in any form may improve vitality, increases energy levels and strength similar to that of a horse.

Ashwagandha is rich in minerals like calcium, phosphorus, potassium, and magnesium. It is grown and cultivated in different regions of the country.

What are the medicinal properties of Ashwagandha?

What are the Ayurvedic properties of Ashwagandha?

What are the therapeutic uses of Ashwagandha?

Ashwagandha is beneficial in preventing the body from diseases by boosting up the immune system functioning. It enhances the non-specific immunity and also alleviates stress, increases physical stamina, and improves the overall health of the body.

Ashwagandha is considered a health tonic that is used in the treatment and management of heart-related diseases. Oxidative stress and the increase of free radicals in the body increase the pressure and burden on the heart. It maintains the proper functioning of the heart and affects its structure too. It has energy-boosting properties that provide energy and improve overall functioning.

Arthritis is a painful and inflammatory condition of the joints and Ashwagandha plays an anti-arthritic role by reducing the inflammation as well as pain. It has an antioxidant property that prevents the production of reactive oxygen species. It also improves the signs and symptoms of arthritis such as redness, tenderness, swelling, and improves the overall flexibility of joints.

Most of the researchers have found that Ashwagandha roots and leaves play an important role in lowering high blood glucose levels. It is known to be the most beneficial herb for the management of diabetes mellitus type-2.