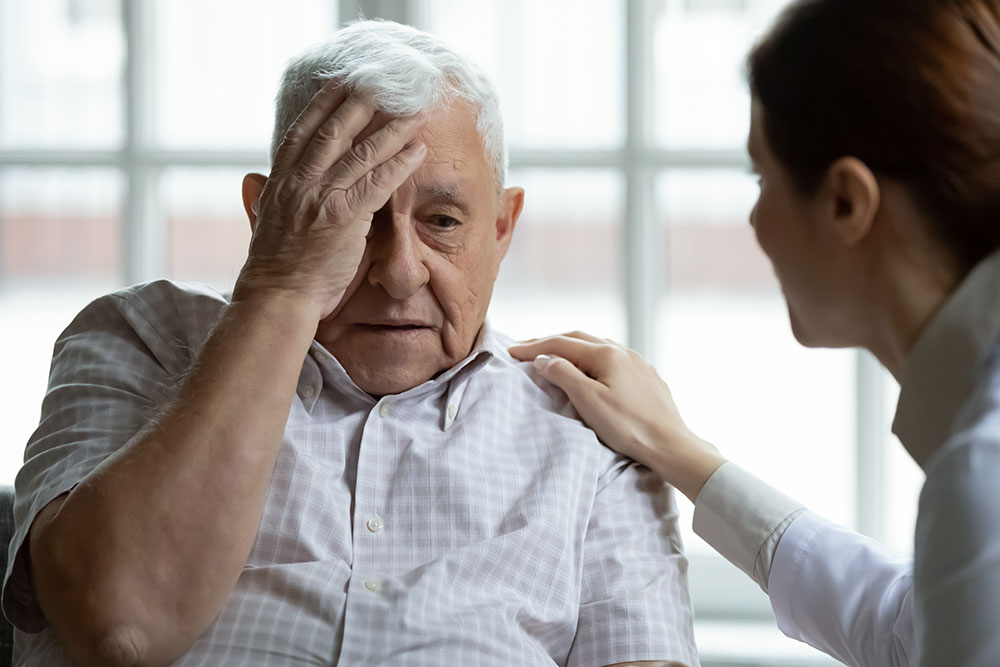 Dementia is a medical term which is used for a group of symptoms including memory loss, difficulty in concentration and thinking. There is loss of cognitive functions to such an extent that it interferes in the daily life of an individual. It is basically a symptom which is caused by several diseases. It is more common in older people. It ranges from mild to severe stage. Alzheimer’s disease is one of the most common causes of dementia. It can be reversible depending on the cause. People with dementia often have difficulty in controlling their emotions. They develop mood swings, behavioral problems and difficulty in reasoning. The part of brain responsible for cognitive functions when affected with infection or any disease can lead to dementia.

When dementia is detected at early stage, it can be treated with certain medications and lifestyle changes. But when at severe stage, the chances of its reversible are bleak.

WHAT ARE THE DIFFERENT CAUSES OF DEMENTIA?

Dementia occurs because of the following reasons:

Some of the herbs which can be very helpful in treating dementia:

Turmeric is one of the best herbs which is used for various ailments. It is having anti-inflammatory, antibacterial and antifungal properties. It helps in increasing immunity of body and thus fights infections. Dementia is often associated with inflammation of the brain and thus, regular consumption of turmeric in any of the form can be very helpful.

Ashwagandha is another herb which is loaded with various medicinal properties. There is formation of beta-amyloid plaques in brain which leads to memory loss. Ashwagandha inhibits the formation of these plaques and helps in reducing oxidative stress in brain.  Thus it can be helpful in curing dementia.

Ginseng contains anti-inflammatory chemicals called ginsenosides. These chemical ingredients help in reducing the formation of beta-amyloids in brain. This also reduces inflammation of brain and thus helps in treating dementia.

Lemon balm is a herb which is usually taken in the form of tea. It helps in improving cognitive functions such as memory, reasoning ability, etc. It also helps in treating anxiety, restlessness and insomnia. When taken regularly, it is very helpful in treating dementia.

CHANDIGARH AYURVED CENTER’S MEDICATIONS FOR THE TREATMENT OF DEMENTIA

Here are some of the medications of Chandigarh ayurved center which are used for the treatment of dementia: 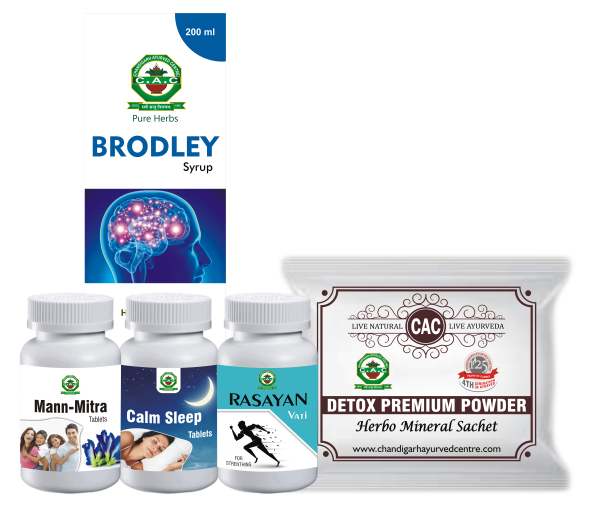 Stress care tablet is an amazing combination of natural herbs like Sarpgandha, Brahmi, Tagar, jatamansi. It helps to relieve stress conditions. They help to pacify the nervous system and also helps to increase the mental and physical performance.

This herbal churna is prepared from herb Atmagupta (Mucuna pruriens). The herb normalizes the nerve cell functions and supports brain function. It provides effective results in Alzheimer disease as it maintains the overall performance of the nervous system.

This powder is made up of the composition of bhasmas and pure herbs that is very beneficial in controlling the symptoms of Parkinson’s disease. The powder includes Giloy satav, Sutshekhar rasa, Sudhyog tablet, Shwet parpati, Shankh bhasma, Parwal pishti, etc. It is a very useful remedy to cure the voice change, uncontrollable movements during sleep, improve the rigid facial expression, etc.