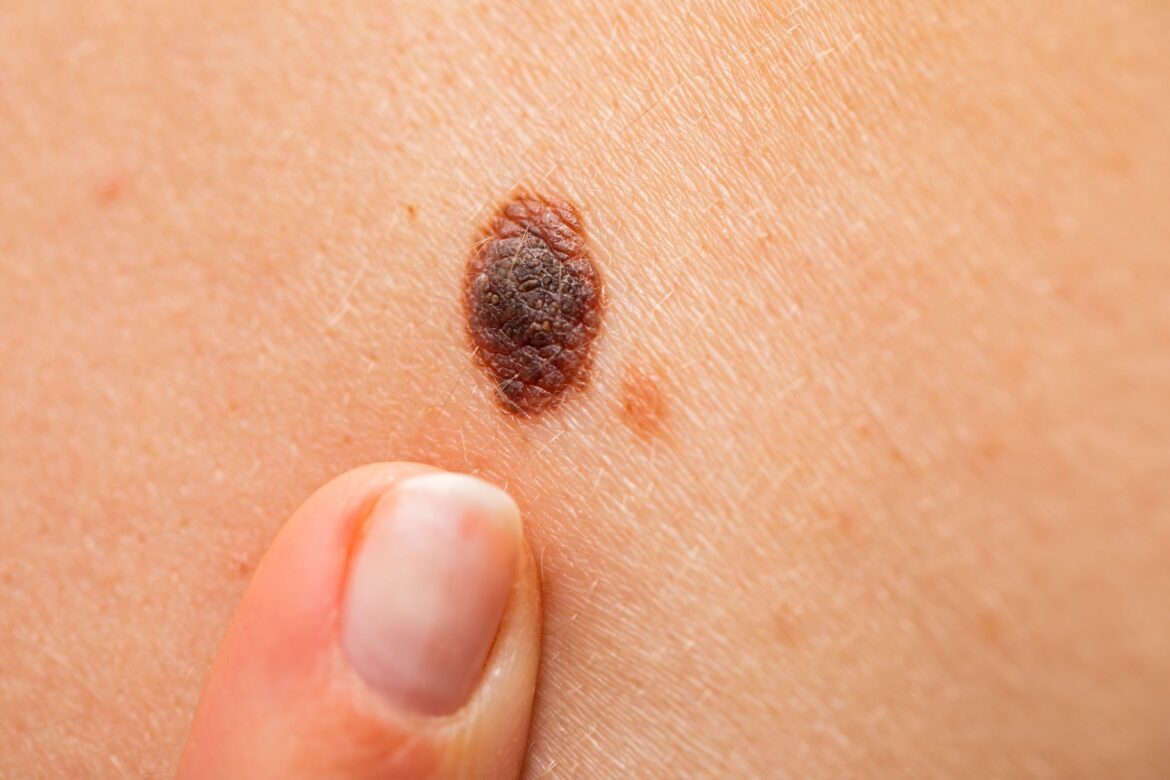 This is a normal general mole, a small growth on your skin that’s pink, brown, black, or tan and has a discrete edge.

These moles are way larger in shape than a pencil eraser and uneven in shape. Dysplastic nevi tend to have an ill-matched color with dark brown centers and lighter, bumpy edges. These moles tend to be inherited, and people who have them may have more than 100 moles on their bodies. If you have dysplastic nevi then you have a greater chance of developing uncontrollable melanoma. Any changes in a mole should be checked for skin cancer by a doctor.

These are moles appeared on your skin when you were born. Congenital mole prevalence is nearly about 1 in 100 people. These moles may be more likely to transform into melanoma than moles that establish after birth. If your skin mole is more than 8 mm in diameter, it a larger risk of becoming cancerous.

The ABCDEs are the main signs of moles that could be cancerous. If a mole exhibits any of the signs listed below, have it examined immediately by your doctor:

The most common location for melanoma in

Melanoma is the most familiar cancer in women ages 25 to 29.

Moles are naturally occurring skin growths that can’t be restricted. However, you can be proactive about avoiding skin cancer (or examining it early) by:

Being proactive about restricting skin cancer is important for your health, if,

Management according to Ayurveda

Kashisadi Taila: This is a purely herbal formulation in Ayurveda that can be applied over the moles under the prescription of an Ayurveda specialist.

Mahamanjistharistha: It is a classical herbal formulation to decrease hyperpigmentation of the skin.