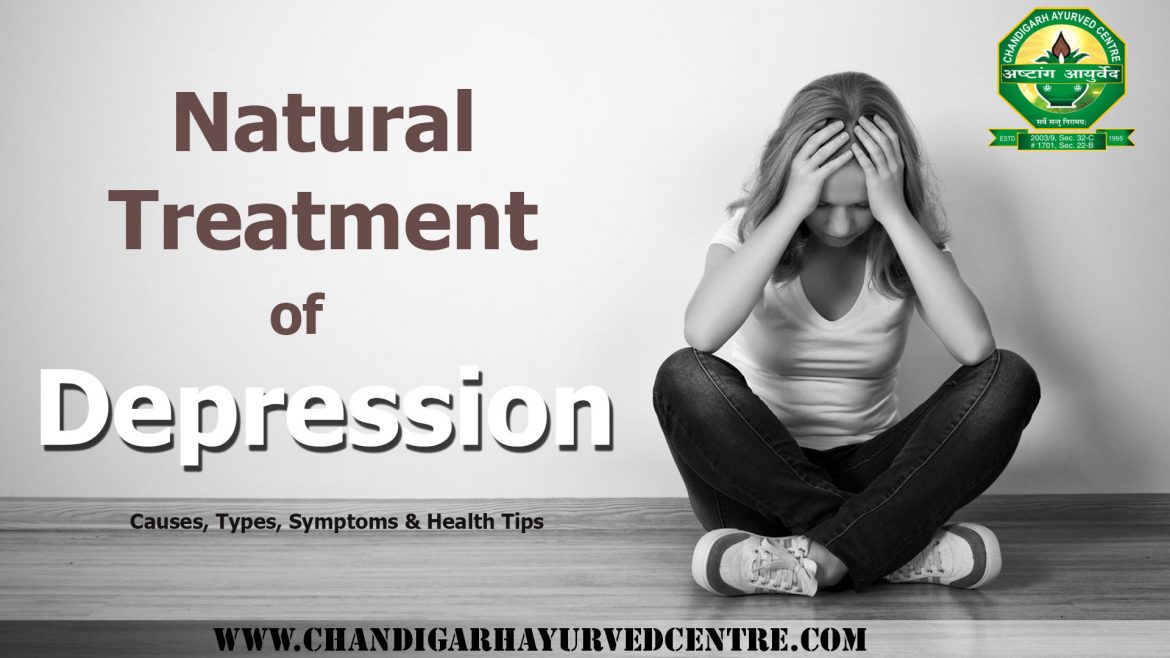 Today mostly everybody knows what depression is. Over 5 crore people in India suffer from depression. Depression is mostly treated as a psychological disease, however it was recently established that it affects a person physically too. Depression is also known as “clinical depression”, “the blues” etc.  Depression is usually a result of emotional, mental or physical stress. A lot of times due to our societal taboos Depression go unattended and non-medicated. People suffering from depression often complain of heavy sadness, hopelessness, anger or feeling of loss. These feelings usually last for weeks and months altogether. This could on many occasions result in disorientation, disrupted sleeping patterns, loss or gain of appetite etc. Depression in layman words is caused when the brain’s feel good hormone also known as endorphins, serotonin and dopamine get imbalanced due to some external triggers.

Nobody knows the real cause of depression; there are some factors which might trigger depression:

No two people have the same symptoms of depression. What you might be suffering may not be what another person will be suffering. However here are some symptoms that might help you understand if what you have is depression or not:

BIOLOGICAL BODY AND DEPRESSION: Researchers have found that a person’s brain who is suffering from depression and a person who is not suffering depression are very different. A depressed person’s hippo campus known for storing memories is smaller and a small hippo campus results in less serotonin (happy hormone) receptors.

In Ayurveda it is believed that the leading cause of mental disorders such as depression is the imbalance between the physical and psychic energies; the psychic energies being sattva (clarity), rajas (activity), and tamas (ignorance)and physical energies being vata, pitta, kapha.  It is also believed that a weakened ojas(essences of all dhatus)  is also a cause of depression. A weakened ojas also alters the proper functioning of the brain which is controlled by Prana Vayu.

These are the herbs which help you control and cure depression:

The following Ayurvedic Medicines are available for curing depression

Dosage: 15-30 m diluted with water and to be taken post meals or as suggested by the Vaidya.

Dosage:  Consume two capsules at a time twice a day as a healthy addition