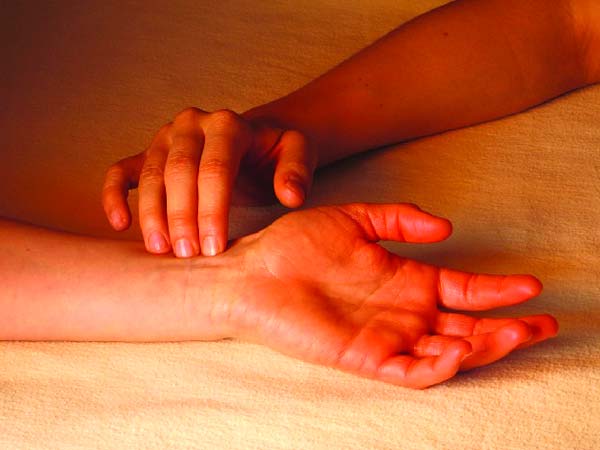 Ayurveda – The science of life,that originated with the need to understand  and cure diseases and to maintain the health of the human being.

For the completion of this hetu , Linga (symptoms) and Aushadha (medicine) i.e. concept of Trisutra is explained  in Ayurveda of these three sutras two are meant for diagnosis of disease and the third one is meant for treatment purpose. For treatment of any disease it is very important to make proper diagnose of the disease. Nidana panchaka is very important  tool for making diagnosis of diseases in Ayurveda.

In Ayurveda there are five means of diagnosis known is nidanpanchak i.e.

These five factors gives information not only  about complete process of menifestation of disease but also about prognosis, treatment and differential diagnosis of the disease.

Nidana is the causative factors of disease.

Knowledge of Nidana helps in identifying the causes of the disease –  If the Nidana is not identified we can’t isolate them. If the causative factors are in contact with the body for a longer time, the disease caused by them keeps worsening with time and become incurable.

Nidana gives a clue towards the chronicity of the disorder- For e.g. If the patient having liver cirrhosis has a history of consumption of alcohol for long time, we can assume  that the disease is a chronic one .

The best and simplest form of the treatment is avoiding the causative factors, which are responsible for disease.

The symptoms which give indication of a future disease are known as prodromal symptoms.

These prodromal features helps to know the dosha responsible for that particular disease but not the nature of forthcoming disease. Basically there are two types of puravrupa, one which indicate the forthcoming disease but doesn’t specify the involvement of dosha is known as samanya purvarupa (general prodromal symptoms). Second variety of puravrupa is known as vishishta (specific) purvarupa, in which appearance of prodromal symptoms observed specifically by specific dosha. Clinical importance of Puravarupa

For diagnosis of disease – If two diseases are having identical Nidana, then Purvarupa help in making correct diagnosis. For eg. Nidana of Hikka (Hiccup) and Swasa (Dyspnea) are identical. Here disease will be diagnosed in its Purvarupa avastha (Stage) with the help of specific prodromal symptoms such as heaviness in throat and chest, astringent taste in mouth and gurgling sound in abdomen are the prodromal symptoms of Hikka while hardness in bowel, pain in sides, compression in cardiac region, miss passage of vital breath are prodromal symptoms of Swasa.

For differential diagnosis – E.g. If the color of the urine is either yellow or mixed with blood eliminated through the urine without the manifestation of prodromal symptoms and sign of Prameha (Diabetes), such patient should not be diagnosed as Prameha rogi (Diabetes), on other hand it diagnosed as Raktapitta (Bleeding disorder).

For diagnosis of disease Few diseases have no prodromal symptoms like Vata vyadhi , Ksataksheena and their diagnosis is made only by observing its clinical feature (i.e. In Rupaavastha). By seen the cardinal sign and symptoms of disease we can diagnose the disease.

For prognosis of disease – If all the symptoms of disease are produced, then that disease is difficult to cure.

When a patient is relieved of symptoms and feel comfortable by the diet, daily regimen and medicine, then these relieving factors are called as Upasaya. The relief should not be temporary. The symptoms should be reduced permanently. E.g. Cold water gives relief to thirst and burning sensation in case of Nava jwara for a short period but later aggravate the condition. This doesn’t come under upasaya. And opposite to this, the aggravating factors are called as Anupasaya.

For diagnosis of disease-

Relieving factors helps in making correct diagnosis, when it is difficult to diagnose a disease due to obscure or mysterious manifestation. Then by the use of aggravating or relieving factors we can diagnose the disease. E.g. In obstructive jaundice the medicine “Trikatu powder” will give relief. But if it is not an obstructive jaundice then the symptoms will aggravate due to hot and sharp property of the medicine.

The changes which take place in the body from initiation of the etiological factors to the manifestation of symptoms are collectively known as Samprapti (Pathogenesis). The Dosha vitiated due to various causes are moving in various directions in the body. Depending upon the cause or type of vitiation and direction or route followed by the vitiated doshas, there is a settlement (Dosha-dushya sammurchchhana) at the defective site (kha-vaigunya).

In Ayurveda it is said that before the planning of treatment, the correct diagnosis of the disease is very much essential which means a physician must examine the disease thoroughly before prescribing medicine. Nidana panchaka is a tool for diagnosing a disease at various stages. Naming of disease is not given that much importance, but knowing the definite etiological factors, dosha vitiation, pathogenesis or progress of disease and to check it at early stage is given prime importance.  In modern concept of medicine, treatment of a disease starts after actual appearance of a disease. But in Ayurveda, good knowledge of nidan panchak can help the physician to diagnose the disease in early phase , accordingly one can decide his line of treatment and prevent further manifestation  of disease.